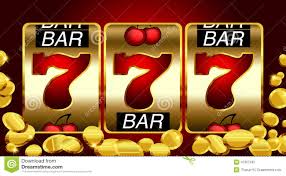 What a cool way to follow my last posting about self-publishing than to offer congrats and a bag of m&m’s to my fellow blogger/author, Mike Fuller. (http://mikefullerauthor.com/2015/07/06/side-slip-another-moment-to-ponder/). Mike has accomplished what a lot of us hope to do one day–and he’s done it four times! What has he done? He’s had his fourth book accepted by a publisher. It’s actually the third book in his SAM DELAND CRIME NOVEL series.  Mike is a retired officer of the law so he knows his stuff. Anyway, the man is quickly becoming one of my most favorite “wish-I-could-be-like-him” people. He flies an airplane, he sails a boat and he consumes m&m’s (peanuts vs. the regular chocolate ones I favor). Plus, he’s retired and attempting to win the Pulitzer before me. So not only do I have to face all that competition, but now he has tossed my way the great “777 Challenge” that is the latest rage (I suppose) making the rounds in author bloggersville.

If I understand the challenge correctly, I must implement here within this posting the 777 formula as it relates to my current work in progress. This would be the ever-cantankerous book I’ve been working on all year titled, ANCHOR. I am pleased to announce, by the way, that it appears as of Saturday I have found the illustrator I’ve been looking for over the past few months. This person will create a piece of art that will go on the cover of the book. I have petty much designed and completed the cover except for an illustration that has to be incorporated with what I’ve put together. Mike Fuller will like the fact that the illustration will be a rendering of a dead lady who has fallen—or was she pushed?—overboard while on a Caribbean cruise. But I digress.

Okay, back to the 777 Challenge…I am to present from my current WIP (I interpret this as my “work in problem”), the 7 lines beginning from the 7th one down on the 7th page.

So without further ado, here they are, although they appear more than 7 only because the blog format scrunches up the margins:

“…That was easy for Ryan and it provided Suzy with background chatter she would use on customers for the rest of the evening. The two enjoyed each other’s company. It helped pass Suzy’s slow part of her shift and it fulfilled some valuable companionship Ryan no longer had at home.

“Hey Suzy,” Ryan call out to her while she was filling ketchup bottles at the other end of the bar, “Did you ever play Clue when you were a kid?”

“You mean the game where you have to guess who killed somebody in what room with what weapon?” Suzy responded.

Ah, I lucked out. These lines at least contain a little dialogue and action going on plus some intrigue that plays a part in the story (the reference to the game, Clue). Not bad; could have been worse.

Now, I am to pass the 777 challenge along to 7 others and my victims will be more fellow bloggers/writers who will be either happy or pissed off to have been nominated…and they are:

Ria, Hear Me Out, https://reeyah.wordpress.com

I have fallen behind a bit in thanking those lost souls who found their way to marc’s blog and left a “Like.” They include: John Guillen, Vi of Vrykola, K.L. Register, Sarah Fritsche, Del Nolan, Mike Fuller, breybrey44, tlclark, E.I Wong, Chris Nicolas, Margie, Damyanti, Ron Carmean, ipeniwrite,

I am a retired radio exec. I've worked at major stations in Philadelphia, Washington, D.C. and Miami. That was then. This is now: I've published seven books and this blog thingy. Need to know more? Really? Okay, I bare/bear all at http://marckuhn.com The other links are for the websites of each of the books I've written. I've been busy! Hope you'll stop by and check them out. Thanks for your interest!
View all posts by Marc Kuhn →
This entry was posted in WHATEVER! and tagged 777 Challenge, author, blog, blogging, book, challenge, excerpts, sample, writer, writing. Bookmark the permalink.

4 Responses to THE GREAT 777 CHALLENGE: MY TURN!