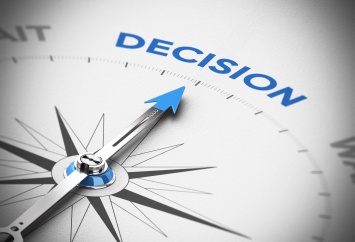 Opinion is decision’s compass.  Usually, what we decide is based on opinion–our own or those of others. Opinions come from two parts of the human body: the gut or the brain.  “I have a gut feeling” or “I have to go with my gut” are lines we’ve all said and heard.  A simple “I think…” works for all other opinions.  The more complicated the decision, the more opinions we usually seek.  Often, there can be more opinions in the room than there are people offering them.  Everybody loves to give their opinion, welcomed or not.

When it comes to serious medical issues and how to respond to them, many of us seek a “second opinion.”  It is a lot more comforting when the first and second opinion agree.  The patient can proceed with the twice-recommended procedure feeling reasonably confident that he or she has made the right decision. It’s a no-brainer as well as a no-gutter. But what if…

What if the first and second opinions don’t agree?  Whoa! Now this is a whole different animal, especially if major surgery is involved.  Which opinion is right?  Which opinion do you trust?  Which one may seriously affect the outcome of the surgery?  The compass is spinning now…and the decision has become tenuous.

I won’t go into detail, but this is the scenario I am faced with right now.  I have surgery coming up in two weeks and the second opinion I received yesterday called for a more conservative, less aggressive operation than plan #1.  There are several “side issues” going on inside my body which present some challenges to surgery.  These won’t stop the surgery, but they do add to the discussion.  Well, now what to do?  This is a moment when I would probably like more opinions, but that is not practical.

My only sensible alternative is to confront doctor #1 with the concerns I developed after seeing doctor #2.  Doctor #1 responded appropriately today by insisting I return to his office and review all the evidence, and go over my concerns.  He said he would explain all the alternatives and levels of surgery from which I can choose the one that makes me most comfortable…although some of them, he offered, will not ease my pain as much as others.  He made a special appointment for me tomorrow morning. Importantly, I was pleased that he was not defensive in any way. 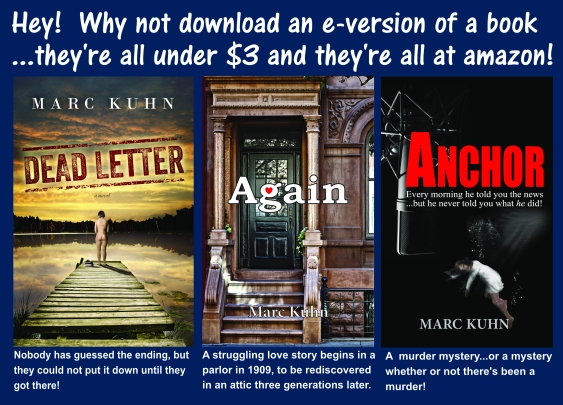 I am a retired radio exec. I've worked at major stations in Philadelphia, Washington, D.C. and Miami. That was then. This is now: I've published seven books and this blog thingy. Need to know more? Really? Okay, I bare/bear all at http://marckuhn.com The other links are for the websites of each of the books I've written. I've been busy! Hope you'll stop by and check them out. Thanks for your interest!
View all posts by Marc Kuhn →
This entry was posted in health and tagged alternatives, decision making, decisions, doctors, health, hospitals, medical issues, operation, options, surgery. Bookmark the permalink.