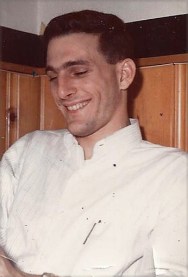 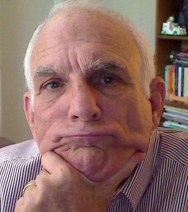 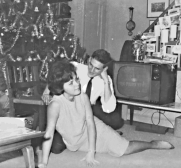 Today is May 12th. It’s not a particularly outstanding date on the calendar. I looked it up and, of course, there were some historical events that took place on this day. Here are some of the highlights:

One other historical birth took place which was certainly an iconic moment in the lives of Lois and Edward Kuhn. Their son, Marc, was born (1945)…that would be me. Mother told me I was not an easy birth, her second and final one. We both had a rough go of it and I later found out there was doubt either of us would survive the ordeal. But survive we did–she because she had things she wanted to do and me because my compulsive behavior was already exhibiting itself.

I was gifted with a marvelous mother who would change my diapers, teach me to appreciate books, hit me with a serving spoon (I deserved it), always had a unique Christmas gift for the family and hated housewifery so she left my brother and me to fend for ourselves at an early age (I was 8) for the several hours between the end of school and when she and my father arrived home from a day’s work in the office. This unusual lifestyle for its time period helped rev up my independent nature and my ability to excel at many skills a young boy usually finds missing in his life’s toolbox—things like cooking well enough to handle Thanksgiving dinner from start to finish, sew a button on a buttonless shirt cuff, clean reasonably well enough to pass an army inspection, wash and fold the laundry and iron whatever needs flattening and run off to the supermarket for the weekly groceries. I always told my mother that someday I’d make some young lady and wonderful wife. That would be Rosemarie. And to this day, as I take her coffee and toast bedside each morning, she lives like a queen with her own loyal house servant.

I have had a good life overall. Lately, a few irritating health issues have raised the element of misery to a higher level than some others that occupy my life now that I am 37. Oh, forgot to tell you, I have decided all my birthdays from this point forward will be dyslexic. See, if my age progresses backwards, I should avoid all those senior citizen pitfalls…or so I theorize.

My goal is to live past the age of 48. That would make me the new reigning champion of the family’s individual lifespan. I have already passed my father’s and my brother’s age and I am approaching my mother’s. Then I have a big leap to make it pass my grandfather’s life-long achievement. I have to make it through 11 more years to do that so I have my work cut out for me. May the force be with me and the arthritis not.

So I hastily and humbly (although it doesn’t appear that way with all those pictures up top) wish myself a happy birthday as the dawn breaks outside the window off to my right. It does not look to be a pleasant day, but I actually like a stormy one every now and then so it makes no nevermind if it rains on my parade…I will still high-step it down the street, beat my drum and no doubt have some ice cream along the way. I hope my day is a good one for you too!

I am a retired radio exec. I've worked at major stations in Philadelphia, Washington, D.C. and Miami. That was then. This is now: I've published seven books and this blog thingy. Need to know more? Really? Okay, I bare/bear all at http://marckuhn.com The other links are for the websites of each of the books I've written. I've been busy! Hope you'll stop by and check them out. Thanks for your interest!
View all posts by Marc Kuhn →
This entry was posted in Family, history, life and tagged adulthood, age, aging, being born, benchmark, birth, birthday, celebration, childhood, day in history, dyslexia, Family, growing older, happy birthday, history, Lifetime, senior citizen. Bookmark the permalink.