IT’S ALL IN THE GENES

A few months back I spit into a small tube and mailed it off to Ancestry.com which promised to trace my genetic history back to oblivion and beyond…or somewhere around that time.  As  a result, my eastern European Jewish background was exposed, even to the extent that four of my ancesters were confirmed victims of Hitler’s death camps (see my blog’s posting for August 30th).

Since then, there has been a steady stream of messages from Ancestry.com alerting me to individuals with links to my family tree–some close, some distant.  Last week, Isaac Hebert Boas, a distant cousin, showed up and even included a picture that, quite franky, would have blown my socks off if I were wearing any.  Isaac lived his 77 years in Australia as a “science lecturer.”  He died in 1955 when I was ten years old. Below are our pictures, side-by-side at about the same age.  Ain‘t genetics fascinating!

Wait, there’s more. Here is a composite of my granddaughter, Shelby, next to her great grandmother (my mother).

I am lucky to have some older photos of my family, some of which are really “classics.”  Here are two.  That’s my grandfather looking dapper as he posed for a picture on a street in Baltimore a few years back.  He had an aunt named May who takes the top award for the best picture I have in my collection.  That’s her, during World War I when she worked as a “train caller.”  She should be in the Smithsonian! 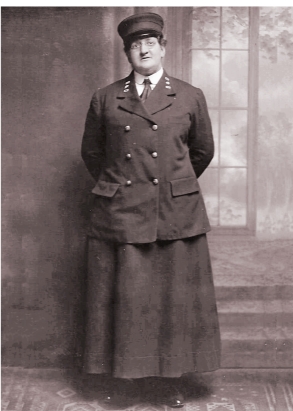 And finally…my father often warned me against digging up the family’s history. He always said I’d find horse thieves. I thought he was joking until I found this photo …hmmm.

I have not been a good blogger lately in that some regular visitors, along with a good number of new folks, have stopped by and either left a “like” or signed up for the long haul.  I try to acknowledge everyone, but the half-month trip half around the world has totally disrupted my routine.  At this point I suppose better late than never…so here are thank you’s in one lump sum in hopes that each of you individually understands that I value your presence and appreciate your support:  almost Iowa, cookingwithoutlimits, emma snow, everyday sarah jane, nandini, ron carmean, mae travels, lady cristy, lifelessonswithlucy, edgeofhumanity magazine, mukuj chand, the nomads project, little miss traveler, ivan jose, misselenka, cikitaokt, inte fan gor det det, stuart m. perkins, viivi seveetam, seagirll, jules &amp, asha seth, verne, viivi severina, biggestfootgroup, terrificanimals, thenewwagedad, biggestfoodgroup, andrea giang, magazu, mukul chand, melissafelicia, danetigress, where the foodies go, michael lai and sunandgold.  If I missed anyone, I apologize.

I am a retired radio exec. I've worked at major stations in Philadelphia, Washington, D.C. and Miami. That was then. This is now: I've published seven books and this blog thingy. Need to know more? Really? Okay, I bare/bear all at http://marckuhn.com The other links are for the websites of each of the books I've written. I've been busy! Hope you'll stop by and check them out. Thanks for your interest!
View all posts by Marc Kuhn →
This entry was posted in Family, history, WHATEVER! and tagged ANCESTRY, Baltimore, distant relatives, Family, family history, genes, genetics, history, lookalikes, relatives, trains, world war I. Bookmark the permalink.