OLD-STYLE JOURNALISM LOSES ANOTHER ONE 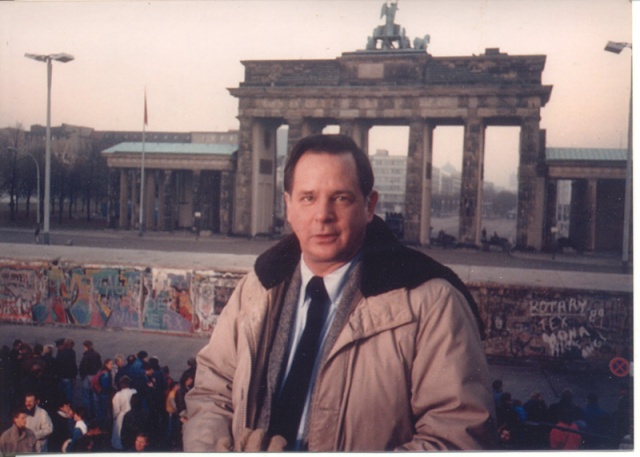 Rollie Clayton died and my father took it pretty badly.  It was the first time I saw him really down.  This must have been back in the early 60s.  Rollie was a co-worker of my father for a good number of years…and a good friend.  At the time, I distinctively remember my father saying something to the effect that when your peers start to go you know it can’t be good.

I’ve begun to understand what my father meant and how he must have felt at the time.  I lost a former colleague last fall.  You may remember reading about him on one of postings at the time.  His name was Ed Walker and he’s the broadcaster to whom I dedicated my book, Anchor.   Tonight,  I learned that another one of my colleagues, Eric Engberg, died in his sleep the night before.  He was 74.

Some of you may remember Eric Engberg as a prominent correspondent for CBS News throughout 1980s-90s.  He was on the evening news several times a week reporting from somewhere around the world.  I knew Eric before that time in his life.  We met when he was the News Director at an incredibly dominant radio station, WMAL, in Washington, D.C.   I did not realize then that he was just a few years older than I am.  Charlie Gibson, who went on to host Good Morning America for a good run, was also on the WMAL staff at that time.  It was a pretty heady radio station back then with a strong staff of solid journalists.

In 1971 Eric hired a young man as a news producer who was still pretty green compared to most others in the station’s news department.  The youngster spent the next ten years at WMAL, eventually becoming the Program Director.  That was a good hire that Eric made…because it was me and my time at that station represented some of the finest years of my career.  I learned more there than anywhere else along the way, except for many a lesson learned from the school of hard knocks.

I never knew much about Eric personally despite my desk being immediately outside his office door and spending time with him almost daily.  He didn’t talk much, at least to me, about what he did or where he went when he wasn’t at the station.  Eric was a pure journalist, the rolled-up-sleeves type and one of the few who didn’t smoke which almost seemed a prerequisite to working in any newsroom in those years.  Nope, he was clean-cut and spot-on when it came to sniffing out a good news story.  And he was credited with unearthing many of them.

Eric Engberg and I worked together for only about a year or two before he headed off to CBS in New York while I headed off to the station’s new studios in Northwest D.C.  Still, when I spotted the story of his death it took a bit out of me.  The man had enough trust in me to put me on his staff despite my lack of experience.  Those are the kinds of people you remember.  He was early on my journey, but nonetheless a significant influence and I am glad I had the opportunity to know him.   But, sadly, I cannot help but be reminded of my father’s comment.

I am a retired radio exec. I've worked at major stations in Philadelphia, Washington, D.C. and Miami. That was then. This is now: I've published seven books and this blog thingy. Need to know more? Really? Okay, I bare/bear all at http://marckuhn.com The other links are for the websites of each of the books I've written. I've been busy! Hope you'll stop by and check them out. Thanks for your interest!
View all posts by Marc Kuhn →
This entry was posted in Uncategorized. Bookmark the permalink.