THE GREAT PC/MAC TRANSITION CONTINUES…WILL IT EVER END? 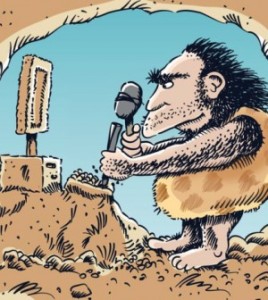 It has not been a good computer day. The new iMac and all it stands for…has stood me down. I actually had to make a panicky call to the geeks at Apple Care to whom I paid a lot of money to be there in my time of need over the next three years. Well, tonight around 10pm I was in a time of need and they were there. That was a good thing.

See, I was interrupted—S U D D E N L Y—by a notice that came on the screen proclaiming that my computer was in severe danger. A malware virus was attacking and I should not, repeat NOT, attempt to restart my computer. Then a female voice actually blossomed out of my speakers with a flowery announcement that suggested I immediately call The Technical Assistants at the toll-free number on the blue screen. Oh yeah, by now a second, large display had overtaken my desktop. It filled the entire screen—all 27 inches—and, yes, it was blue. It told me my computer was in grave danger caused by error 333 Registry Failure of System and displayed the toll-free number I should call immediately. Again I was warned NOT to do anything to the computer and certainly not to restart it.

Besides telling me how intuitive Macs are, I have always been banged over the head by appletonians about how safe they are and that they never….NEVER…are attacked by viruses and malware….NEVER. This is why, after owning a good half-dozen or more PCs since the 90’s, all of which were attacked and some even trashed, by a virus, that I yearned for a Mac. For my birthday last May, my dear wife made my wish come true.   And here I am in September, still with two computers on my desk because I have not been able to master the Mac enough to give up the PC.  I speak the truth when I say that I have really, really, really tried.

WebPlus is a PC program I have used for years to design and maintain my six websites—a program even a caveman could master.  Unfortunately, it is not made in a Mac version so I have been looking for a replacement. Consequently, I have been playing around with three different Mac programs that were recommended as the best Mac programs for making websites. I may as well be attempting to launch a Saturn 5 rocket to Neptune. It is amazing how easy it is to change the background color of a website in the PC program I’ve always used.  Tonight I tried to do the same thing in two different Mac programs and I spent over two hours and still failed to figure out how to do it. And then I was attacked by the malware.

Down in the garage there is a large tin can filled with tinker toys. Tinker toys date back to when I was a young child. Now my grandson plays with them when he comes to visit. They are nothing more than wood sticks that fit into round wooden disks with sockets drill in them to hold the sticks.  With a little imagination and engineering ingenuity even a caveboy can build a Ferris Wheel or a Saturn 5 rocket long before anyone who lives in a cave or condo can ever figure out how to change the background color on a website…on a Mac.

I am a retired radio exec. I've worked at major stations in Philadelphia, Washington, D.C. and Miami. That was then. This is now: I've published seven books and this blog thingy. Need to know more? Really? Okay, I bare/bear all at http://marckuhn.com The other links are for the websites of each of the books I've written. I've been busy! Hope you'll stop by and check them out. Thanks for your interest!
View all posts by Marc Kuhn →
This entry was posted in WHATEVER! and tagged apple, computer, computer friendly, iMac, internet, intuitive, Mac, pc, virus, web, website. Bookmark the permalink.